I’ve been to Amsterdam and Rotterdam several times, both in the center and in the small towns. Everywhere you can see Football courts, everywhere. Most of them are also lighten up during the night, if you want to you can play 24/7. Compared to other countries I’ve been to their football culture is so much different. In most countries you rarely sees kids playing around on the streets during the evening, they’re at home playing video games, watching xem bong da truc tiep  TV or sitting at the computer. In Holland it’s very common that their parents send them out to play, they play with everything. You see kids in every corner playing football, juggling or trying some tricks. On every court there is most likely to be a couple of kids playing. 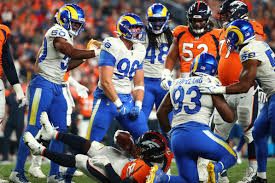 In Holland street football is very big, VERY big! They have monthly street tournaments with trophies and money. Football Freestyle is also big, but far away from the level street football is. Street footballers are even recognized at the streets in Holland. Some street players have achieved a lot of fame through their skills. They’re not wealthy or anything, but the underground scene have given them fame. Terms as “akka” and “panna” is known by every kid in Holland, at least 9 of 10. It’s street terms for some football moves.

Also Futbal is big in Holland. I went to a couple of games(1st and 2nd division) and there is always quite a big crowd watching, sometimes it’s even packed depending on which players are playing. If one team have a famous street footballer in their team it can be packed just because of that. People want the entertainment this individual will give. The skills those guys play with, it’s insane!

There is some players in the Dutch national team which were raised in the street courts in Holland. The most famous one would be Edgar Davids. He comes from the streets and he still plays there a lot. He even built his own court in Holland were kids can play. He arrange a street tournament as well and is in the Street soccer clothing company “Monta”.